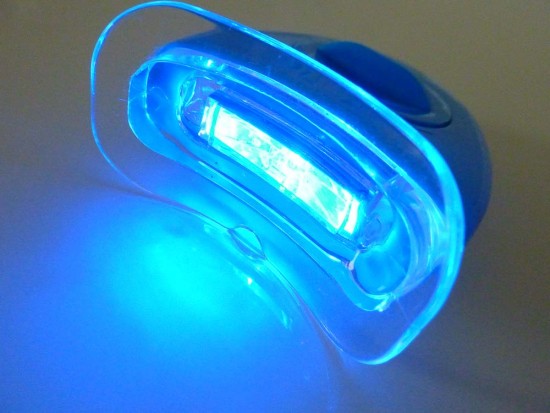 The blue curing light used to harden dental fillings may stunt tumour growth as well, a team of researchers that included an Indian origin scientist has found. The findings are based on a study of 10 tumour-bearing mice, five treated with the light and five untreated.

"The light sends wavelengths of blue-violet light to the composite, which triggers hardening," says Alpesh Patel, a rising MCG School of Dentistry junior.

"The light waves produce free radicals that activate the catalyst and speed up polymerization of the composite resin. In oral cancer cells, though, those radicals cause damage that decreases cell growth and increases cell death," he added.

During the study, researchers exposed half the mice to the blue light for 90 seconds a day for 12 days. Then the tumours were extracted and each one was split into two sections.

Half were used to create slides for tissue analysis, and half were frozen to prepare protein extracts.

Tissue analysis indicated an approximate 10 percent increase in cell suicide, or apoptosis, in the light-treated tumours.

The frozen protein extracts revealed a nearly 80 percent decrease in cell growth in the light-treated tumours.